“We are all Greeks. Our laws, our literature, our religion, our arts have their root in Greece.” – Percy Bysshe Shelley

Greek has indeed significantly influenced Western literature, languages, mathematics, astronomy and philosophy and it still does. With such masterworks as the Iliad and the Odyssey, Greek literature has shaped the literature of the world for centuries. And of course modern Greece is one of the most prized holiday destinations, making the Greek language extremely rewarding, and exciting, to learn.

Whether you need Greek in everyday life, for your business, or you simply feel an affinity with the Greek culture, literature or philosophy, we’ll guide you through the stages of learning this amazing language.

Many technical and scientific terms derive from Greek, such as mathematics, astronomy, biology, as well as most words beginning by ph, like philosophy, photography, phrase, phenomenon, philanthropy etc… Because most European languages derive so much from Greek, speaking the language will also give you a completely new understanding and insight of your own language.

Greek is also the oldest recorded living language, and in order to learn the language you will gradually familiarise yourself with the Greek alphabet. It first appeared in the 9th century B.C. and unlike previous writing systems that only used consonants, the Greeks introduced vowels to their alphabet. It has then been used as the basis for other writing systems, including Latin, Cyrillic and Coptic, and alpha (α) and beta (β) gave their names to all writing systems, with the word alphabet.

Most of the sounds that are in Greek are also present in the English language which makes it easier to learn to speak and to read. Like in German, there are three genders in Greek: masculine, feminine, and neutral.

Learning in deep relaxation/under hypnosis will open up your ears so you can hear and pronounce easily and precisely all of the sounds of the Greek language. The grammar will soon feel very logical to you and you will instinctively understand it, just like a child learning their mother tongue.

The word polyglot derives from Greek: poly (many), and glotta (tongue), a goal certainly to be achieved with our courses in deep relaxation/under hypnosis. 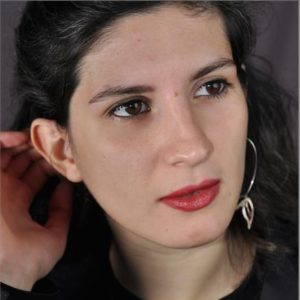